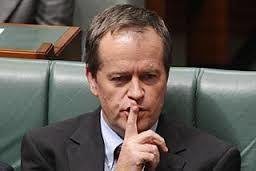 With a victory for the Australian Labor Party (ALP) a real prospect at the federal election next year, what will this mean for you?

From an investment perspective, the rule book may change from time to time, such as the ALP’s proposed changes for properties, shares and other investments.

So what are some of the key changes Labor are proposing?

The good news is Labor’s proposed changes could actually benefit you if your investment portfolio is constructed correctly, there is careful planning around the ownership of investments and the right amount of borrowings are considered.

So what are the details of the proposed changes?

Negative gearing refers to the situation where investors make an investment (typically in property) that loses money in the short term (e.g. the interest on the loan and related costs are greater than the rental income) with the expectation of the investment increasing in value in the future. The investor can then deduct any losses associated with the investment from their income, which reduces their tax payable.

Labor is proposing to limit this to brand new properties only, from a yet-to-be-predetermined future date.

Please note that if you have existing investments, you will not lose your tax breaks under Labor’s planned prospective tax shake up.

How you construct your investment portfolio will likely become more important to limit any impact – and possibly even benefit from this proposed change. Whilst many future property investors would be worse off than under the current laws, it could actually favour bigger investors with multiple assets. The reason for this is if you have a range of investments and some are cash flow positive and others cash flow negative, you could offset these against each other.

Possibly a greater interest in ownership via super, family trust or company structure, versus in your own name/s.

A surge in new properties being built – at least initially.

Good existing negatively geared properties are more likely to be retained by their owners.

A possible decrease – at least initially – in the price of properties creating opportunities for those well prepared.

Landlords may increase rents to compensate for this and there may be a greater demand on the government for housing, which is what happened when negative gearing was temporarily removed in the 1980’s.

Labor will also quarantine passive income earned by investment assets, from active income derived from wages and salaries. This is outlined in their tax policy which says “losses from new investments in shares and existing properties can still be used to offset investment income tax liabilities”.

Currently if you hold an investment asset for at least 12 months and then later sell at a profit, you are only taxed on 50% of the profits. This is because you receive a 50% capital gains tax concession if you own this in your own name, the name of a trust or your super fund.

Labor are proposing to change this so you are taxed on 75% of the profits, rather than just 50%.

Please note that they have stated that all investments made before this date will not be affected by this change and will be fully ‘grandfathered’ (excluded from such a change).

Greater interest in purchasing higher value (owner-occupier) homes, as profits on these are exempt from capital gains tax.

Investors may be more reluctant to sell good investments, including properties.

A ‘buy and hold’ strategy will become more attractive for investing.

Australia’s dividend imputation system was introduced decades ago to eliminate double taxation on income from company profits. This means when a company pays tax on its earnings and this is then distributed to shareholders, recognition is given that tax has already been paid on this income by the company when calculating the tax payable on the income received by the shareholder.

This was subsequently changed a few years later, such that if a shareholder’s tax rate is lower than that of the company, they would receive this excess tax paid by the company as a refund.

This is part of the reason why listed Australian companies that pay income with such tax credits attached to them are popular with Australian shareholders; particularly with retirees, lower income earners and superannuation funds.

Labor have stated this proposed policy will apply from 1 July 2019, which means it will only affect future earnings and franked dividends that start being paid in the following financial year.

The above would likely create opportunities for well-prepared investors.

Where to from here?

Of course, Labor needs to be elected and the proposed changes need to get through parliament – with possible changes made to enable them to proceed.

The key will be to look for how to limit the impact of any changes and how you may even be able to take advantage of opportunities that arise from the proposed changes.